As in the past years, numerous events will take place in Berlin on occasion of the International Day for the Elimination of Racial Discrimination. Berlin against Nazis will keep you posted and will report in particular on the campaign weeks "Zusammen gegen Rassimus Wedding & Moabit" and the event „Rassismus jeglicher Art offensiv entgegentreten!“, which will take place on March 21 in Rudow.

During the nationwide campaign weeks against racism, which will commence on March 11, the decentralized campaign program by „Zusammen gegen Rassismus Wedding & Moabit“ will start already on Sunday, March 10 with a kick-off event at Zentrum für Kunst und Urbanistik. Besides speeches and an intermission by comedian Idil Baydar, there will be a concluding discussion with experts from antiracist projects in Moabit.

The campaign weeks “Zusammen gegen Rassismus” are realized by a broad alliance of organizations and initiatives and offer, as of now, more than fifty events relating to racism and its elimination.

Demonstration against Racism in Schöneberg

On March 16, a broad alliance of organizations, political parties, and trade unions call to join their „March Against Racism“ in the Schöneberg district of Berlin. The demonstration takes place on occasion of the International Weeks against Racism, and is scheduled to start from 14:00 at Wittenbergplatz. 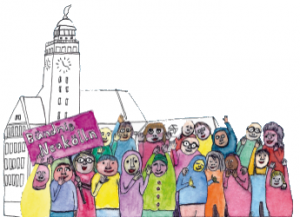 On March 21, the International Day for the Elimination of Racial Discrimination, a broad alliance of initiatives in Neukölln together with the initiative Britzer Initiative Hufeisern gegen Rechts call to join their event at Rudower Spinne (corner of Neuköllner Straße and Großziethener Chaussee) to decidedly set a signal against racism under the slogan “Rassismus jeglicher Art offensiv entgegentreten!”.

Speakers at the event include: 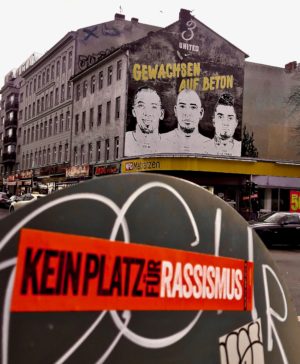 Where is no place for racism? Mark it with our Berlin gegen Nazis stickers, developed by our network partner Super an der Spree, a Berlin-based communications agency. As in past years, stickers can be ordered free of charge while supplies last. Send an email with your delivery address to info@berlin-gegen-nazis.de

We are looking forward to seeing your sticker placements on instagram, use hash tags #keinplatzfürrassismus and #berlingegennazis, and take a look at our feed here: www.instagram.com/berlingegennazis.

Further events on occasion of the International Weeks against Racism

All events and campaigns are listed on the website of the foundation for the International Weeks against Racism. Use the filter options to find your town or city and set it to “Berlin” to display all events taking place in Berlin. Further events can be found via our calendar, Berlin gegen Nazis – Terminkalender.

Background information on International Day for the Elimination of Racial Discrimination 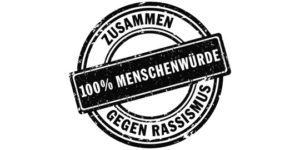 In 1966, March 21 was declared “International Day for the Elimination of Racial Discrimination” by the United Nations. In 1979, this commemorative day was enhanced by the invitation of the United Nations to its member states to organize weeks of action and solidarity with the opponents and victims of racial discrimination.

In Germany, the weeks of action have been hosted and coordinated by Interkultureller Rat until 2014, when a non-profit foundation was inaugurated specifically for the task. Further background information on the weeks of action and the International Day for the Elimination of Racial Discrimination can be found on the foundation’s website.

We us the following hash tags on twitter for breaking news on the weeks of action: #noracism, #IWgR, #ITgR.