Homepage > Events > Photos: neighbor protests against the right-wing extremist demonstration of the “Identitären” movement at Brunnenviertel (Berlin-Wedding) of June 17, 2017

On June 17, 2017, the right-wing extremist “Identitären” movement planned to march from Gesundbrunnen station in the district of Wedding to Berlin’s main train station. The route of the demonstration was changed at short notice due to announced counter-protests into a residential area in the north of Mitte district. Berlin gegen Nazis and the local initiative “Demokratie in der Mitte” in Wedding reacted to the change of the location of the demonstration with a flyer in four languages informing the affected neighbors of the event, and distributed props and utensils for counter-protests, which were gladly put to use on June 17. Take a look at a few snapshots here. 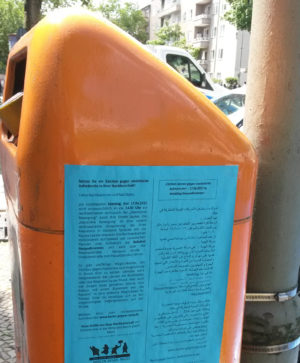 The rapidly prepared flyer by Berlin gegen Nazis and the Wedding-based initiative Vor-Ort-Büro „Demokratie in der Mitte“ presented information for all affected neighbors in German, English, Turkish, and Arabic. It can be found here. Several other initiatives followed suit and provided the Kiez with their own multi-language information leaflets. 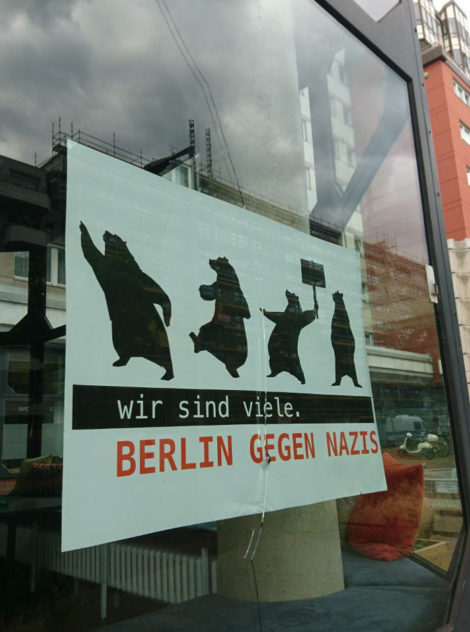 The participants (about 700) of the right-wing extremist demonstration of the “Identitären” movement however, made it only a few hundred meters from their starting point at Gesundbrunnen station before they were stopped in their tracks by blockades and counter-protests announced for the day by Berliner Bündnis gegen Rechts. They remained trapped for several hours in the neighborhood of Brunnenviertel, until the demonstration was officially declared finished and they returned to Gesundbrunnen for departure. During the entire time, Brunnenviertel residents were directly present at the right-wing extremist demonstration to protest as far as barriers allowed, or took part in the numerous other counter-protests.

On June 17, Brunnenviertel made it loud and clear that racists are not welcome there.

Pics of the day of the neighbor’s protests against the right-wing extremist demonstration of the “Identitären” movement of June 17, 2017 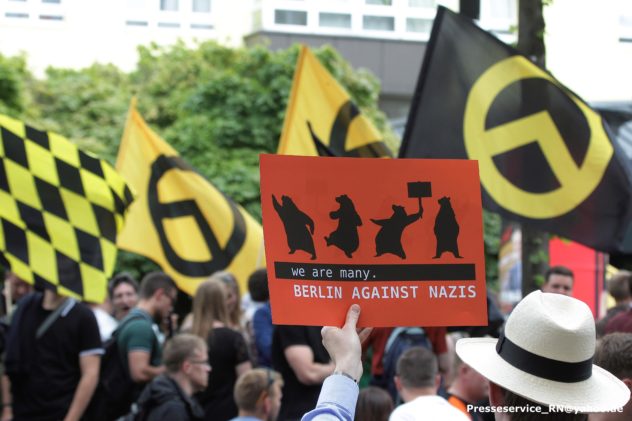 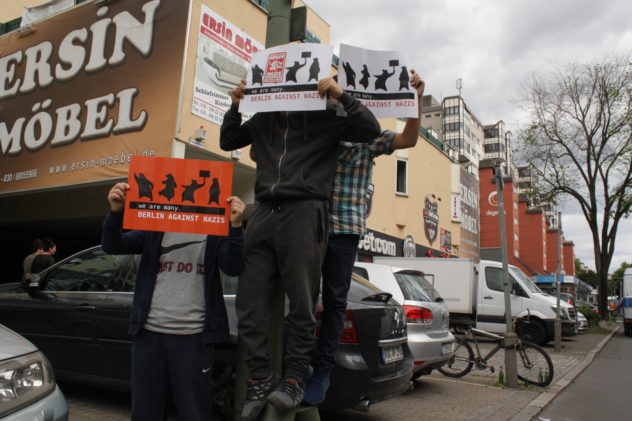 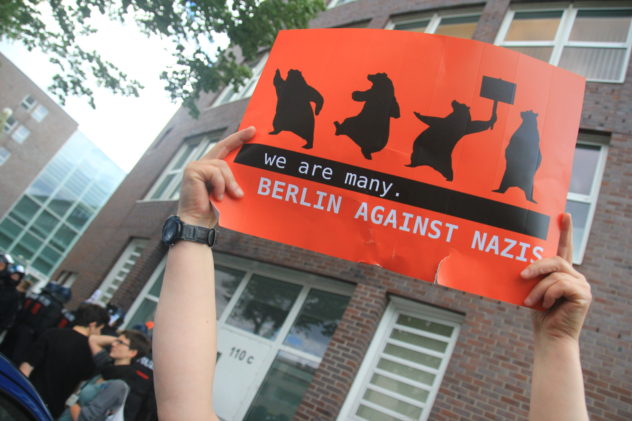 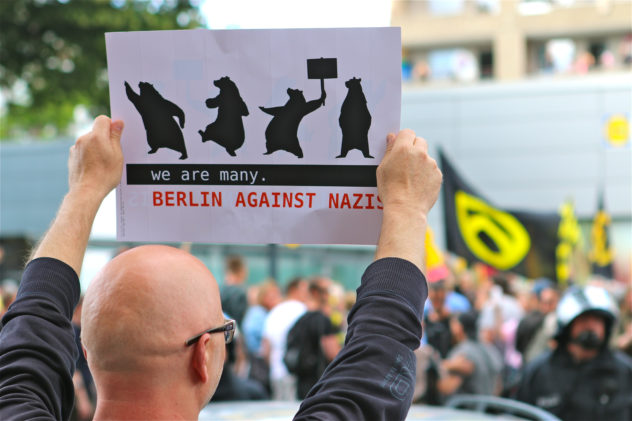 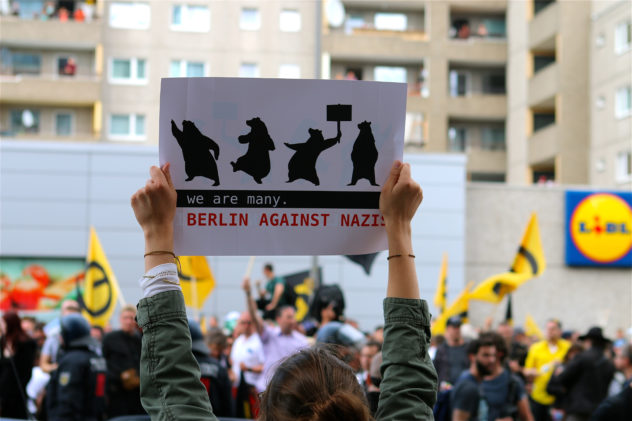 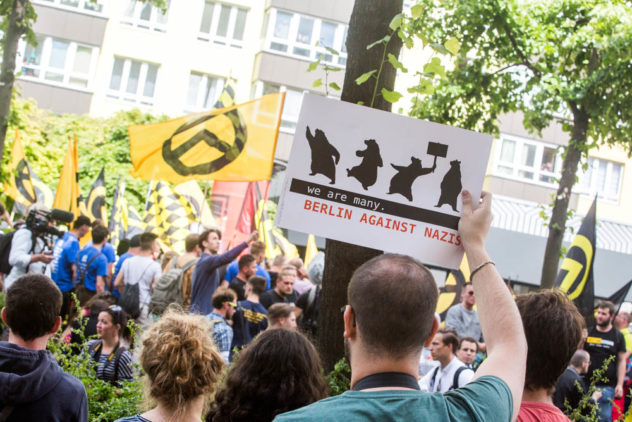 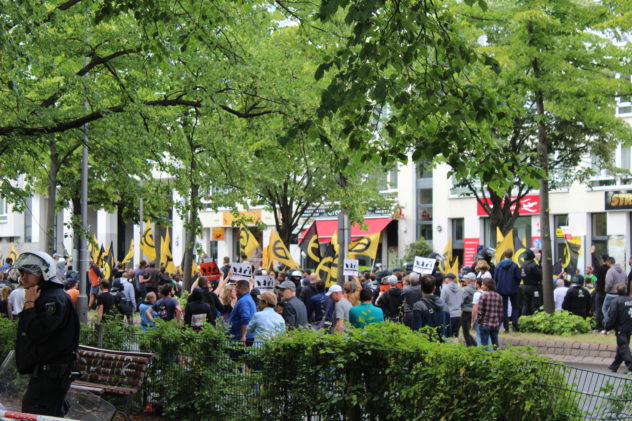