Homepage > Events > Event in cooperation with GRIPS Theater to commemorate the November Pogroms of 1938 to take place on November 8: Theatre play “Kriegerin” and panel discussion “right-wing extremism, racism, and anti-Semitism 78 years after”

On November 8, GRIPS Theater will perform the play "Kriegerin" on stage at the theatre on Hansaplatz. Following the play, a panel discussion will take place together with Berlin gegen Nazis, on occasion of the anniversary of the November Pogroms of 1938. 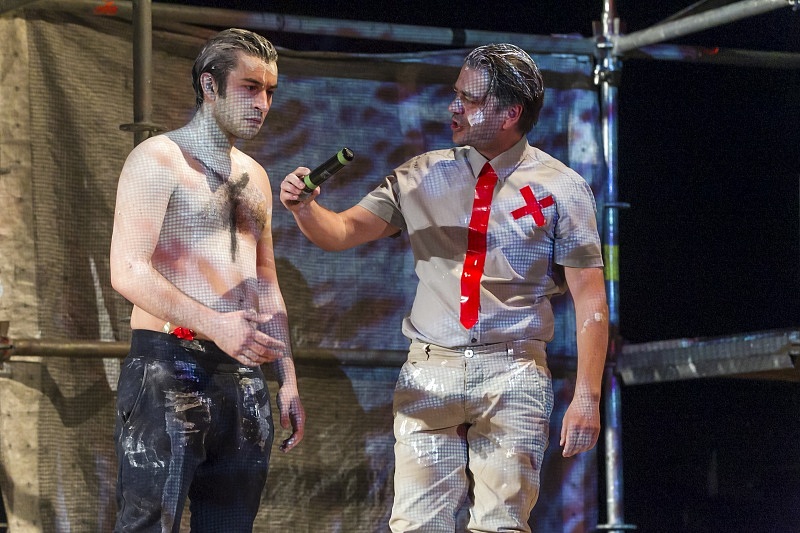 On November 9, 1938, riots and assaults on the Jewish population took place in Nazi-Germany, lasting for days. The panel discussion’s title is “right-wing extremism, racism, and ant-Semitism 78 years after”, and it aims to follow the trajectory of the historical events of November 9, 1938 to current events such as the NSU trials.

Sabine Hammer of Mobile Beratung gegen Rechtsextremismus Berlin (MBR) will speak about right wing extremism in Berlin, Benjamin Steinitz of Recherche- und Informationsstelle Antisemitismus (RIAS) will analyze the latest statistics of anti-Semitic assaults and offenses, and Ayşe Demir of Türkischer Bund in Berlin-Brandenburg (TBB) will explain her point of the results of the NSU trials. Esther Agricola, the principal actress in “Kriegerin”, will also join the discussion. The event is moderated by Wiebke Hagemeier, pedagogue at GRIPS Theater.

The event starts with the performance of the play “Kriegerin”, adapted for the stage by Tina Müller after the movie by David Wnendt. GRIPS Theater issued the following announcement:

Jana, Olek, and Meret lately had to change their parcours training routine: the abandoned school building next to their meeting place will used as accommodation for refugees. As they meet at Warda’s snack bar as usual, suddenly, there are neo-Nazis who bully and brutally bash the weakest of them. In the coming days, fear and speechlessness spread amongst Jana and her friends. Marisa, a young Nazi filled with hatred, is proud of her crew! But then fourteen-year-old Svenja joins them, and, even worse, the young refugees Rasul and his brother Jamil moved into the school building and appear in “her” super market. Events come thick and fast as Marias perspective is challenged between violence, dull slogans, and a new encounter.

While Rasul is looking for a new home, Jana, Olek, and Meret reach a decision, and Marisa leaves old and familiar structures. But her path is harder than imagined. 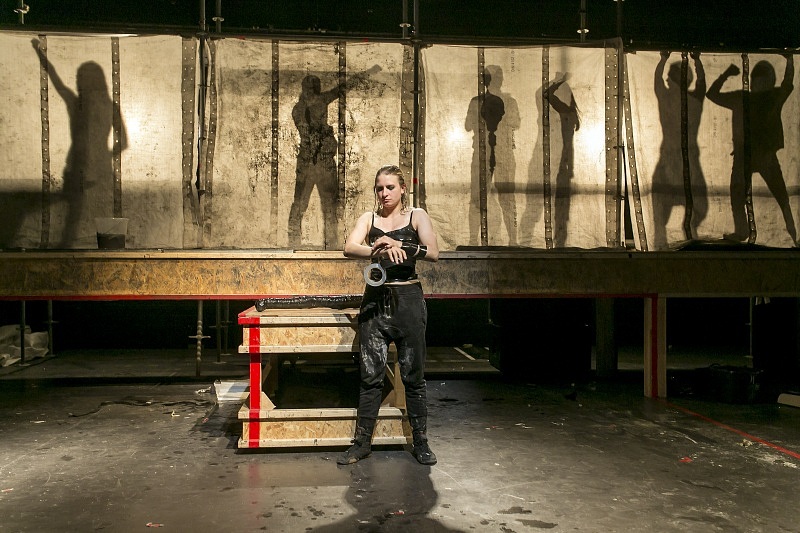 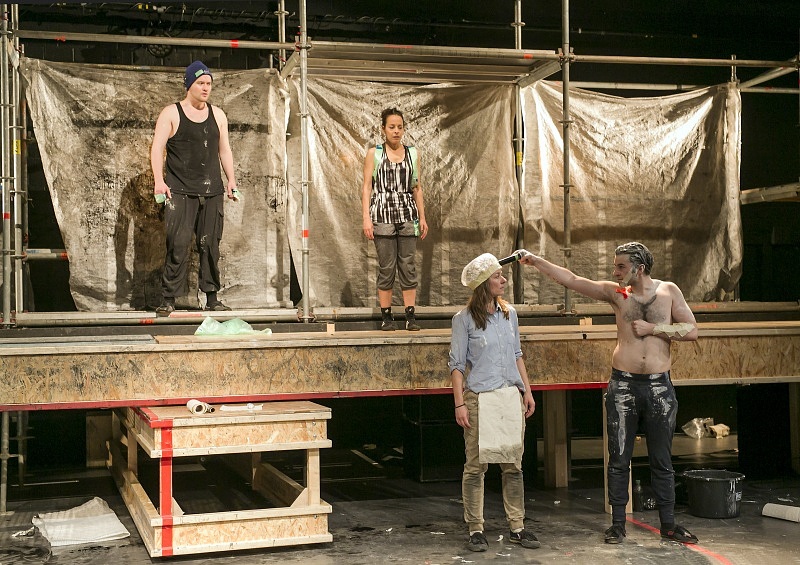 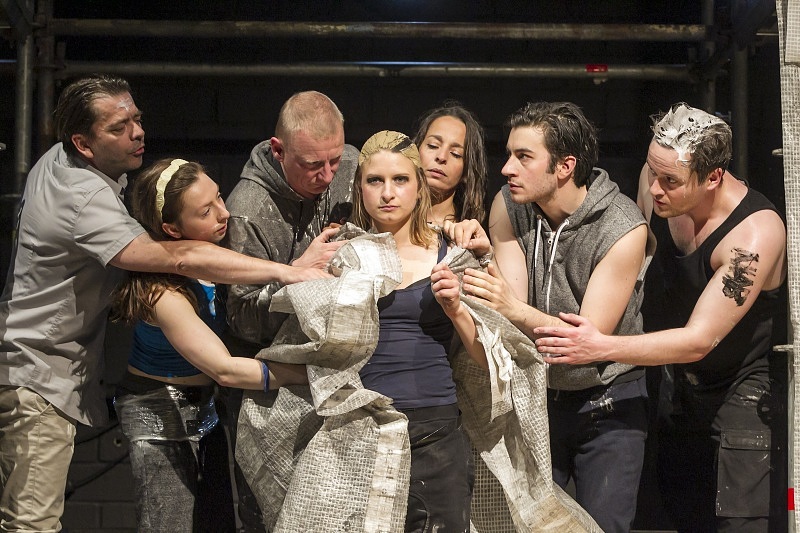