On Saturday, 21 March 2020, activists, alliances and initiatives faced a special challenge - positioning against racism in times of social distancing.

The Covid-19 pandemic and the guidelines for its containment in Berlin did not allow for protest events and gatherings. A challenge, which was met with creativity and visibility by Berlin’s civil society. Berlin gegen Nazis reported on the task at hand at taz bewegung and documents its first city-wide online action campaign, #ZUSAMMENGEGENRASSISMUS, here.

Since its proclamation by the United Nations in the 1960s, people world-wide are called to take a stance against Racism on the International Day for the Elimination of Racial Discrimination.

For many years, a protest event has been taking place in Rudow on March 21. This year, the alliance Bündnis Neukölln as well as the initiative „Rudow empört sich“ called to join their Demonstration scheduled to start at 13:00 in the south of the Neukölln district. The call was supported by almost all Berlin-based alliances and initiatives, residents’ and neighborhood initiatives, as well as by political parties. Due to the issued ban on gatherings, the organizers and supporters took theit protest from the streets to the internet.

In addition to the large demonstration on March 21, further events were organized by various hosts during the International Day for the Elimination of Racial Discrimination. The alliance Zusammen gegen Rassismus in Wedding & Moabit had planned more than sixty events, which for the most part had to be cancelled. The cancellation affected also a series of events hosted by the public libraries in Pankow in collaboration with Pfefferwerk and many more events. The foundation Stiftung gegen Rassimus documents all activities. This year, the events were to take place under the slogan “Gesicht zeigen – Stimme erheben”.

To gain visibility despite the ban on public meetings, Berlin gegen Nazis developped an action campaign in collaboration with all networked partners and initiatives. Then, the alliance Zusammen gegen Rassismus Wedding & Moabit called to join the protest online, using the hash tag #ZUSAMMENGEGENRASSISMUS.

The turnout was stunning: videos were created, as well as playlists, portraits, still lifes, and installations. Together with the team of Demokratie in der Mitte and the alliance Bündnis Zusammen gegen Rassimus in Wedding & Moabit, Berlin gegen Nazis supported the online action campaign, pooled the contributions and did reposts throughout the day of the most impressive statements by individuals, partners, and organizations All contributions are documented on the facebook timelines of Berlin gegen Nazis and Zusammen gegen Rassismus. The action campaign further accelerated on twitter. Here is a collection of images from all social media channels.

The alliance Bündnis für ein weltoffenes un tolerantes Berlin shared our call to join the online action campaign. In addition to the many self-developed share pics, many of our network partners joined with further statements of their own, in words and pictures. Amongst them were for instance Gartenfreunde, Landessportbund, DGB, AWO, EKBO, TBB, Gesicht Zeigen!, House of One, as well as Erzbistum Berlin.

Our network partners took a stance as well and helped out with mobilizing beforehand.

Here is a selection of successful statements: 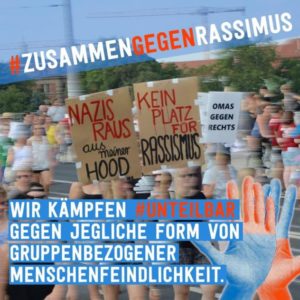 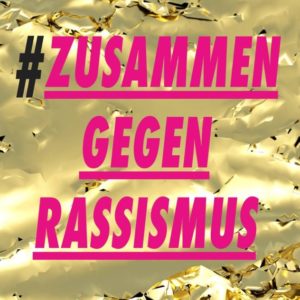 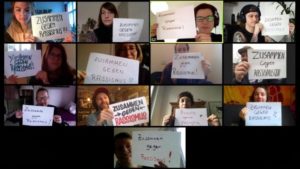 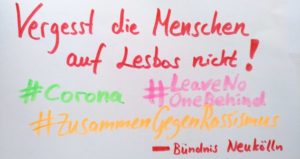 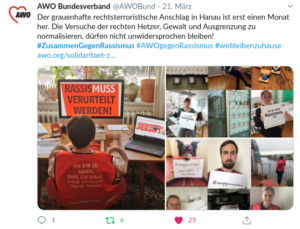 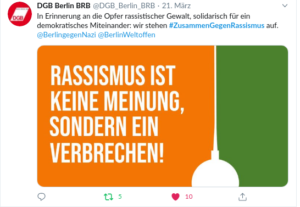 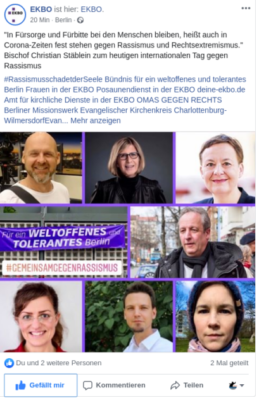 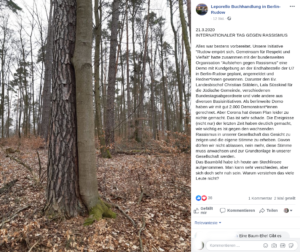