Homepage > Events > Campaign of MOTOR Kommunikation and BERLIN GEGEN NAZIS: We are many!

This summer, the band members of The BossHoss, actress Michaela Wiebusch, best-selling author Hans Rath, and further celebrities based in Berlin send a clear message to their city: A major campaign with more than 2000 large-format posters, a TV spot presented on the subway monitors and in cinemas, and several thousand postcards, shows the celebrities position themselves against right-wing extremism and racism.

It is time to raise your voice. Against Nazis and racists. As they are few. But we are many.

This claim is meant to motivate all people in Berlin to join the activities of BERLIN GEGEN NAZIS.

The campaign, which was initiated by MOTOR Kommunikation, covers 12 impressive motifs, and could only be realized with the help of the pro-bono commitment and joint efforts of many companies and individuals.

The 2.400 posters were printed by Druckhaus Berlin Mitte and put up indoors and outdoors by the companies Kulturplakatierung, Stadtkultur Berlin, and AKW.

The open air cinemas Berliner Freiluftkinos and Yorck-Kinogruppe will show the campaign spot during the entire summer season. The spot was realized thanks to the support of photographer Jo Bayer, 25p cine support, Hesse Studios, Basis Berlin, and Ted + Flo. Furthermore, starting June 20, a silent version of the spot will be shown on the subway monitors Berliner Fenster.

570 bars and cultural institutions offering postcards though the company Dinamix will keep more than 17.000 postcards of the campaign in stock free of charge. They were printed with the support of Sprintout.

The initiator of the campaign, MOTOR Kommunikation, were stunned by the great support the campaign for BERLIN GEGEN NAZIS received.

“At MOTOR Kommunikation, we were asking ourselves how to counter racism in these turbulent times. The answer was simple: employing the means we have – strong ideas and precise communication”, says Volker Jensen, head of consulting at MOTOR Kommunikation and initiator of the campaign.

Carolin Brenner, project manager at BERLIN GEGEN NAZIS, is confident that even more Berliners will make use of the news channels such as the Smartphone-App and be mobilized to join the protests against right-wing extremism and racism. “Everyone was persuaded by the campaign’s concept. It set the ball rolling.”

The partners of the campaign:

Gallery of all motifs: 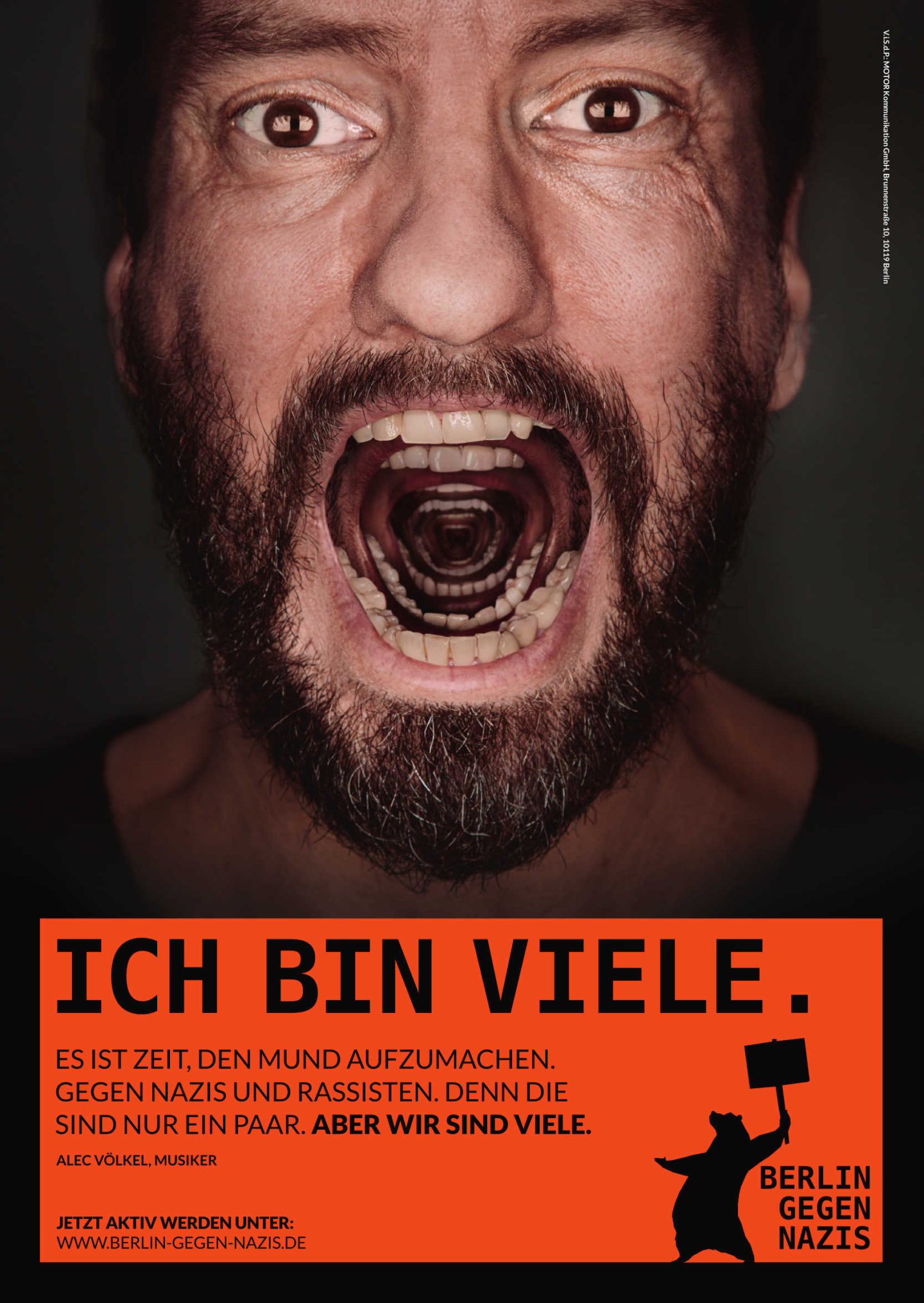 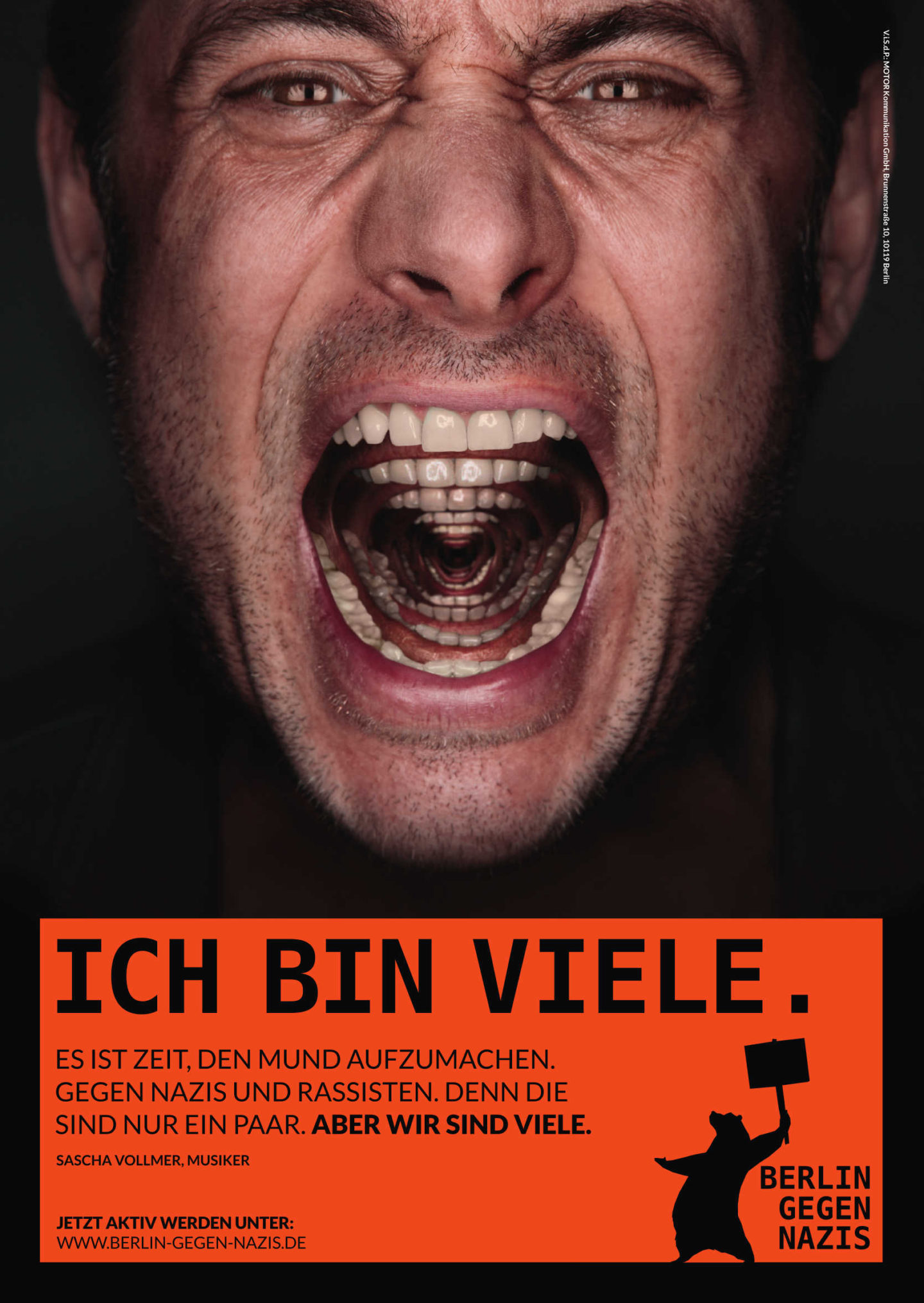 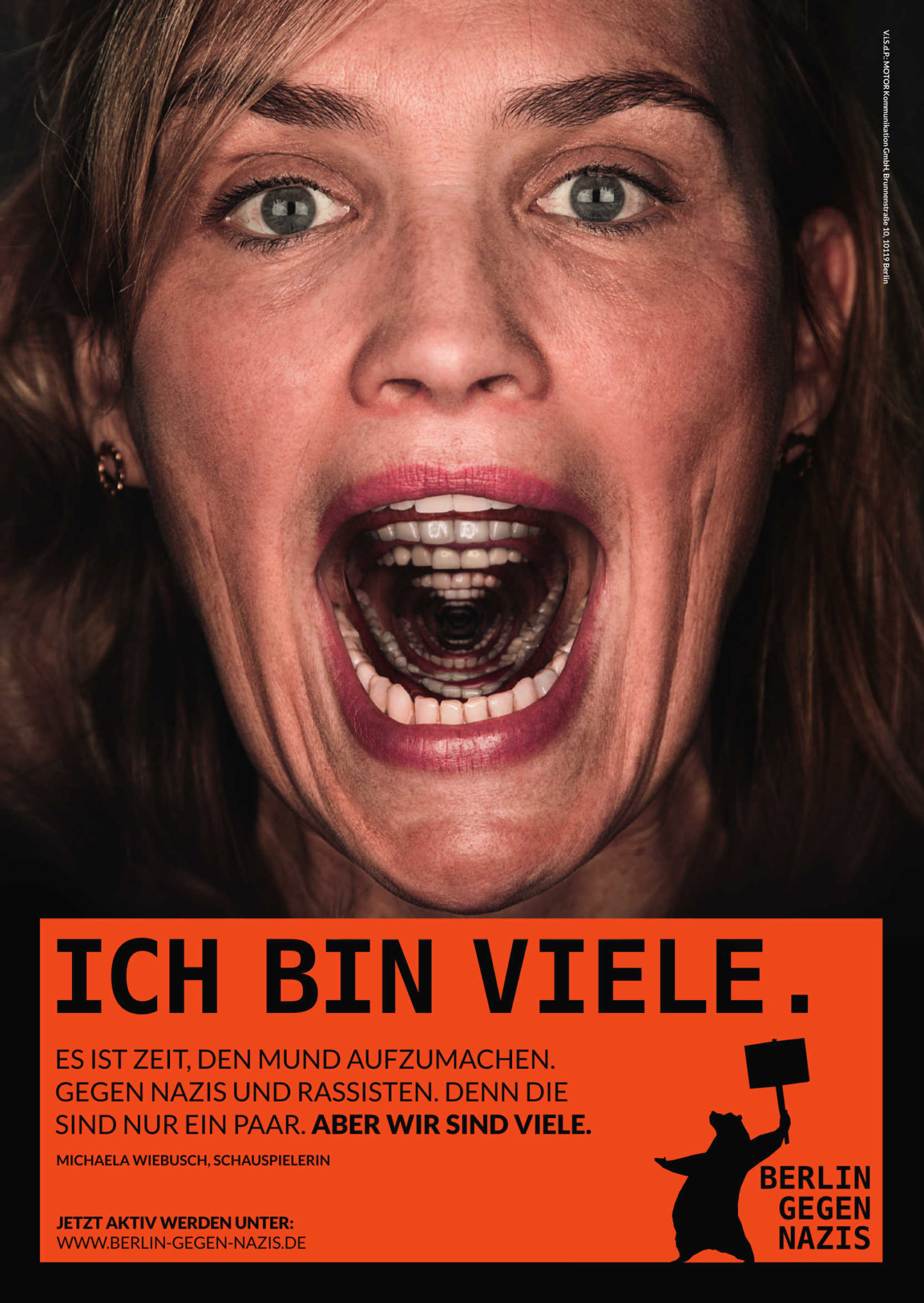 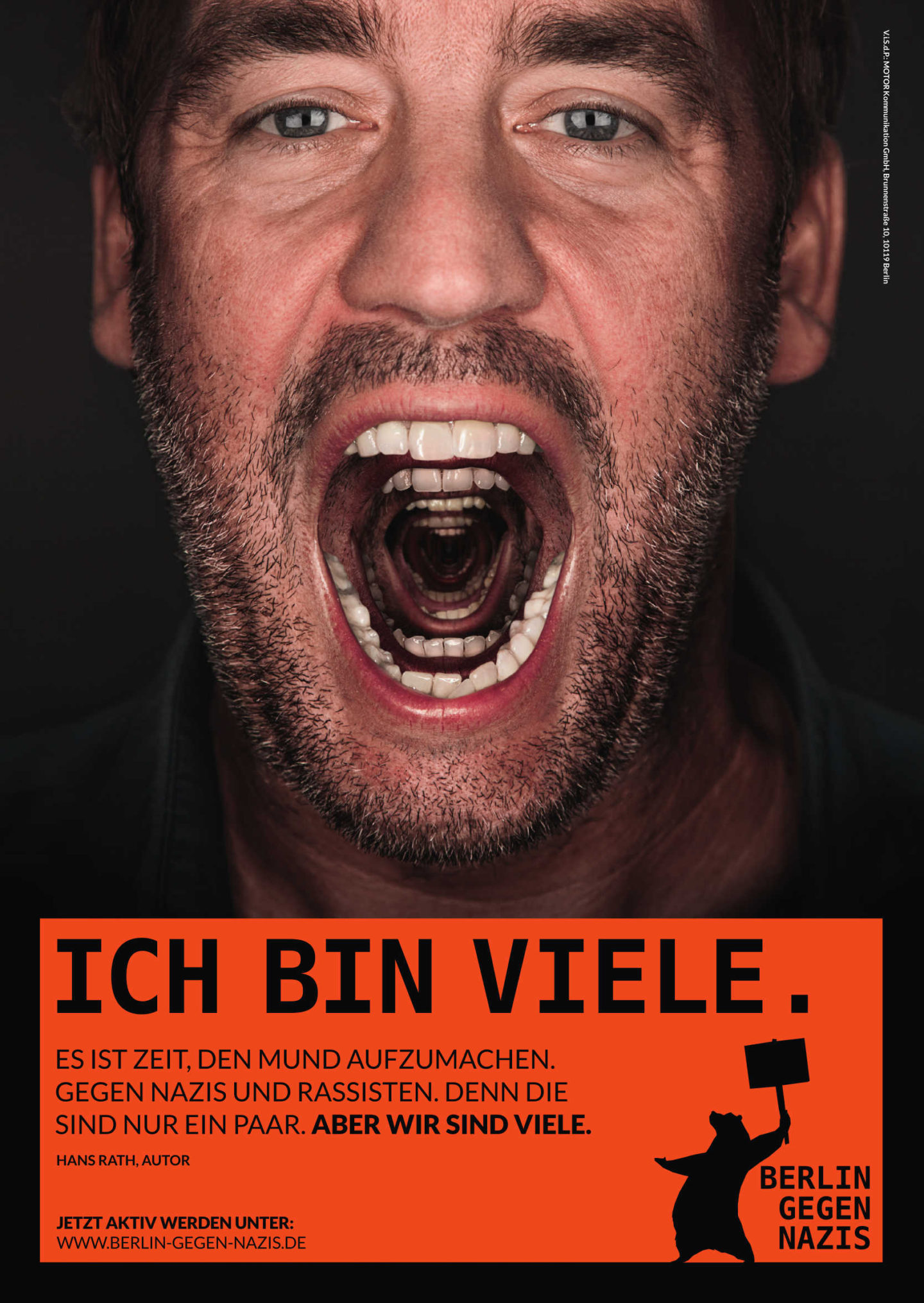 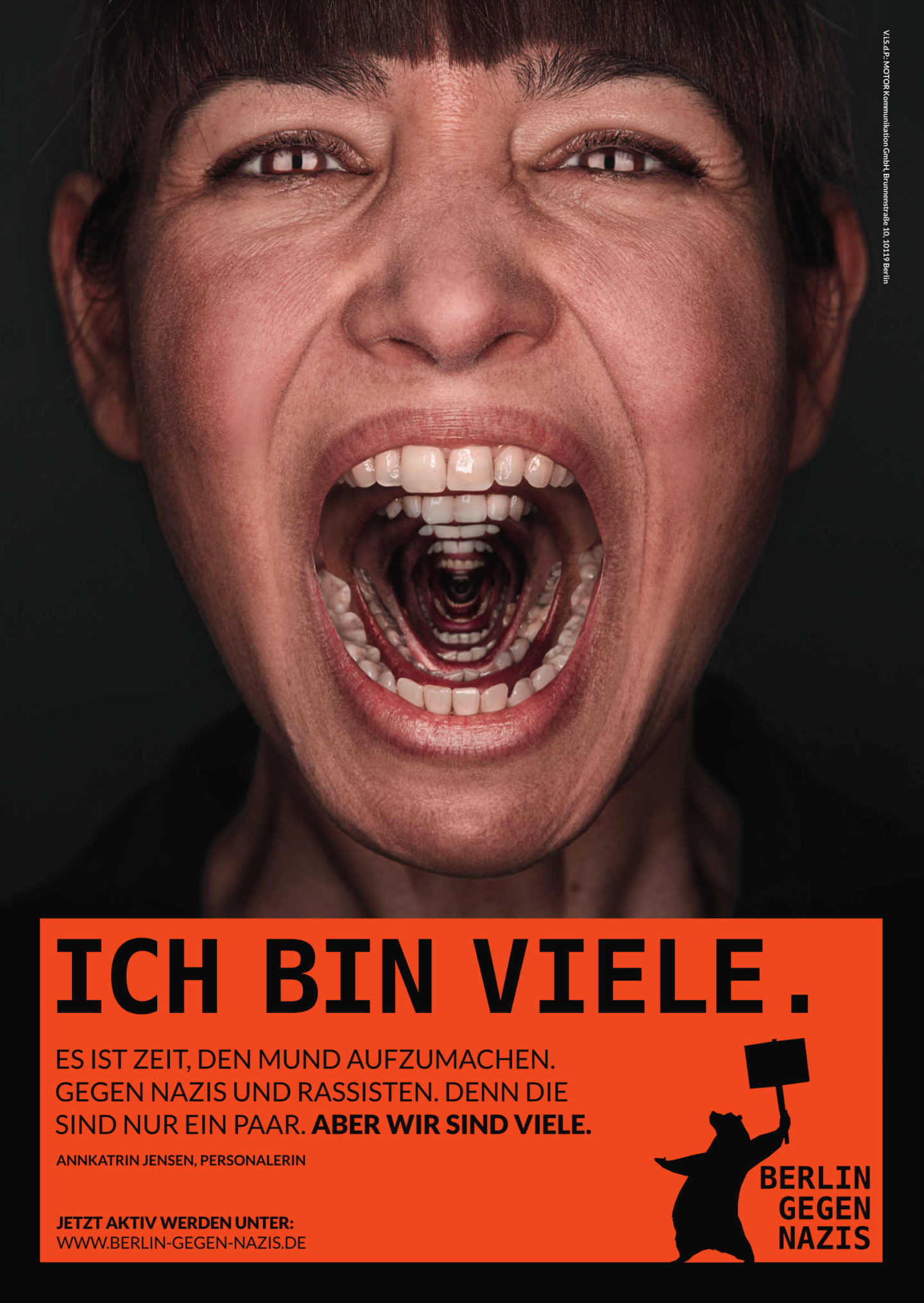 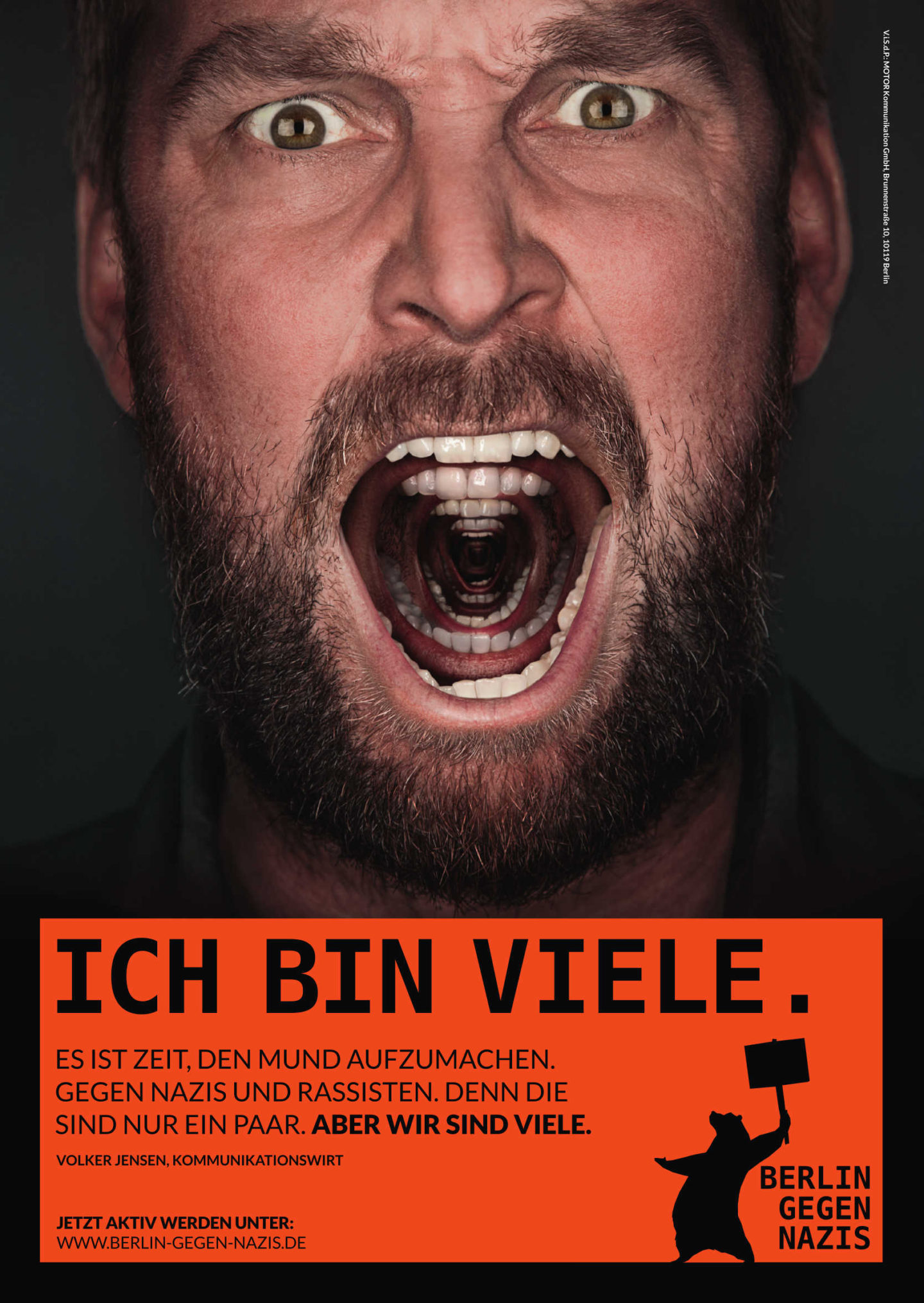 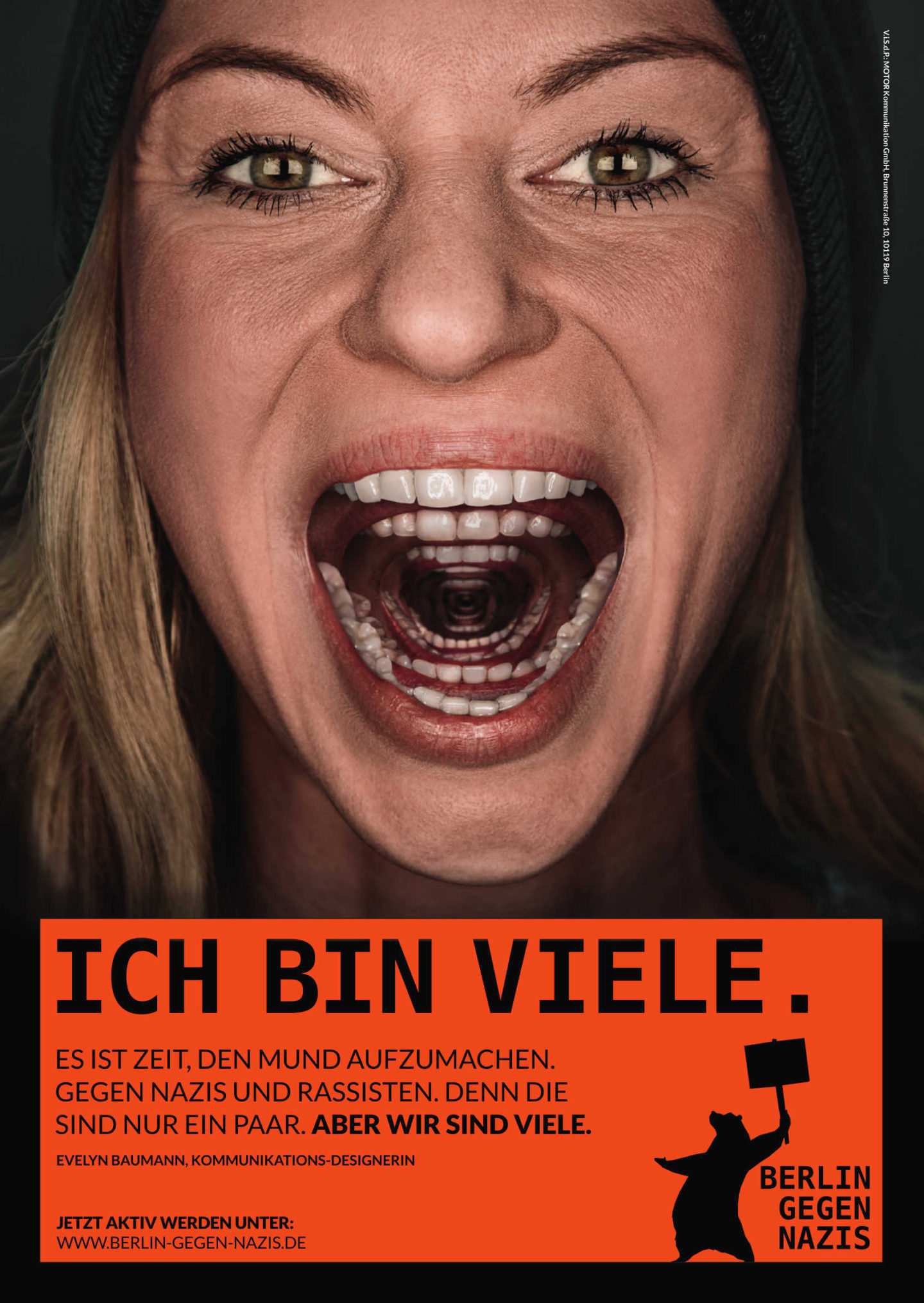 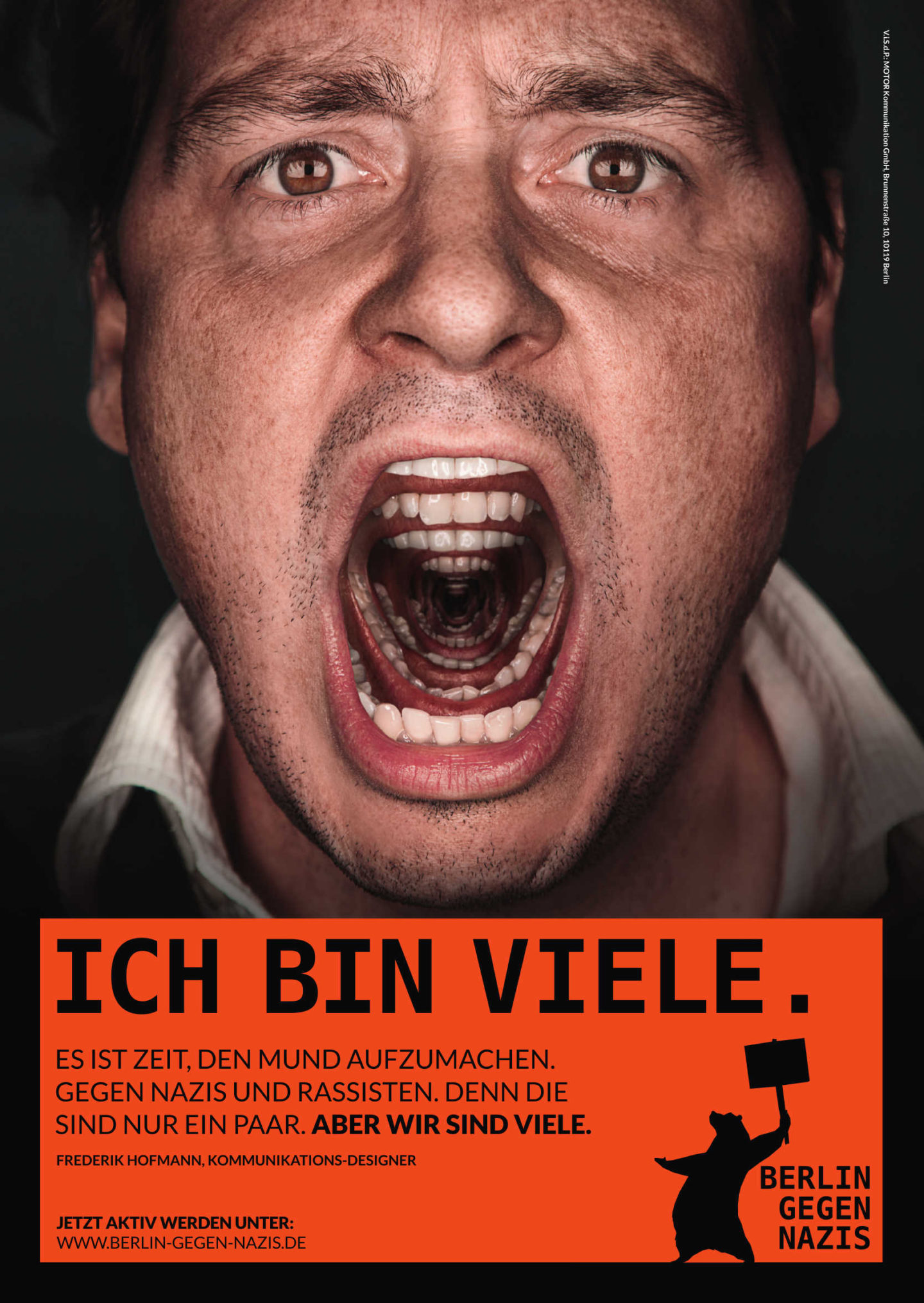 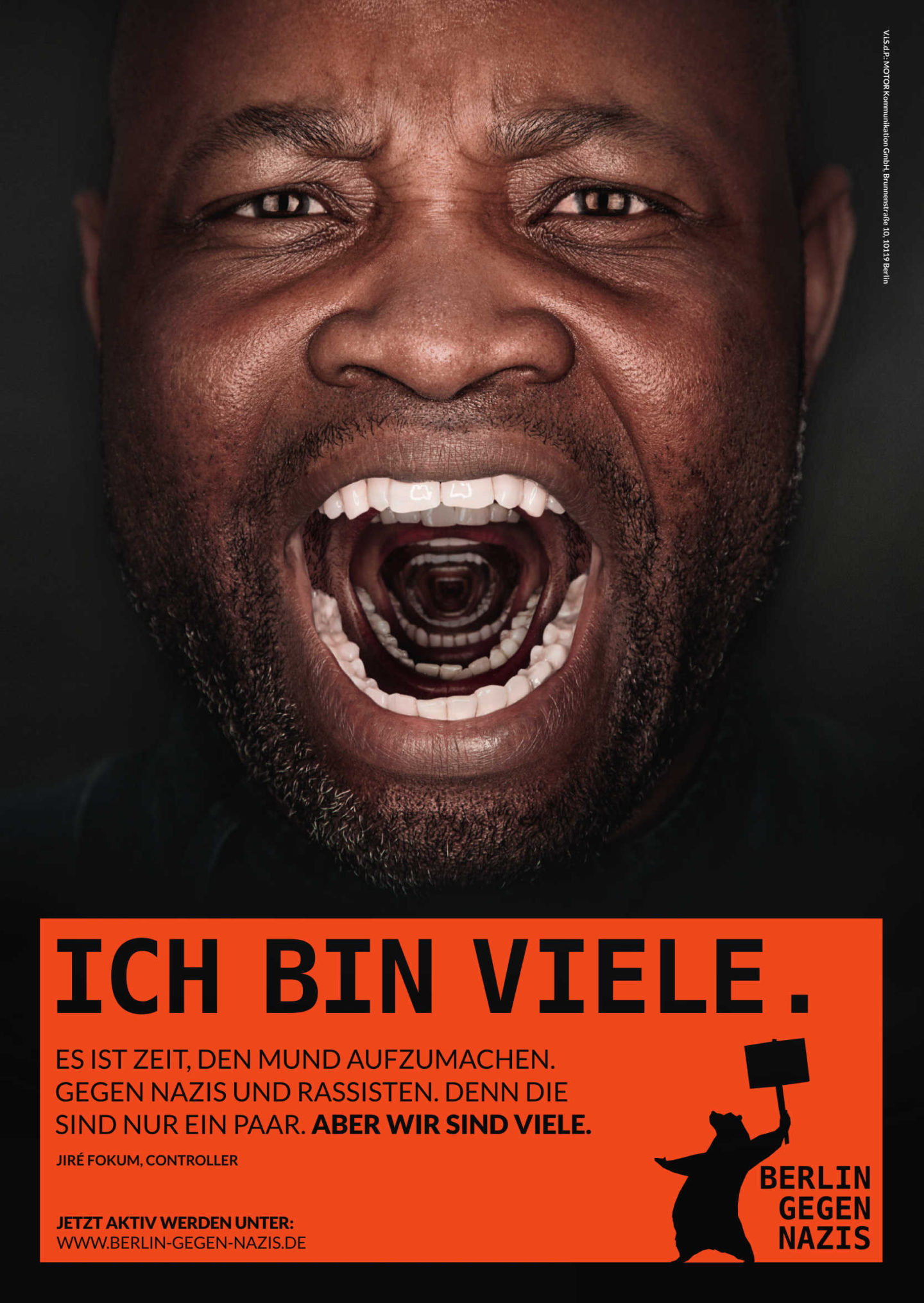 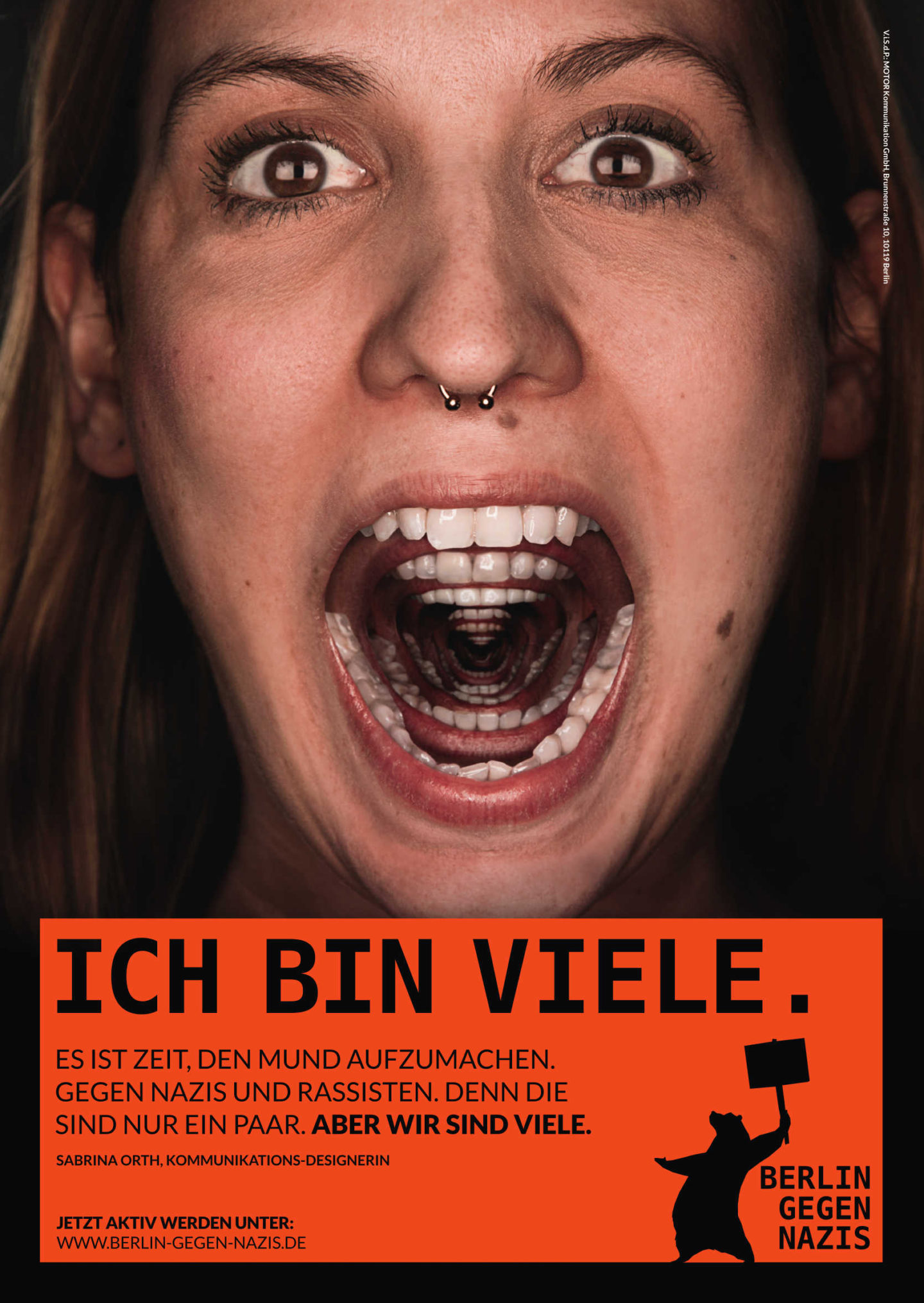 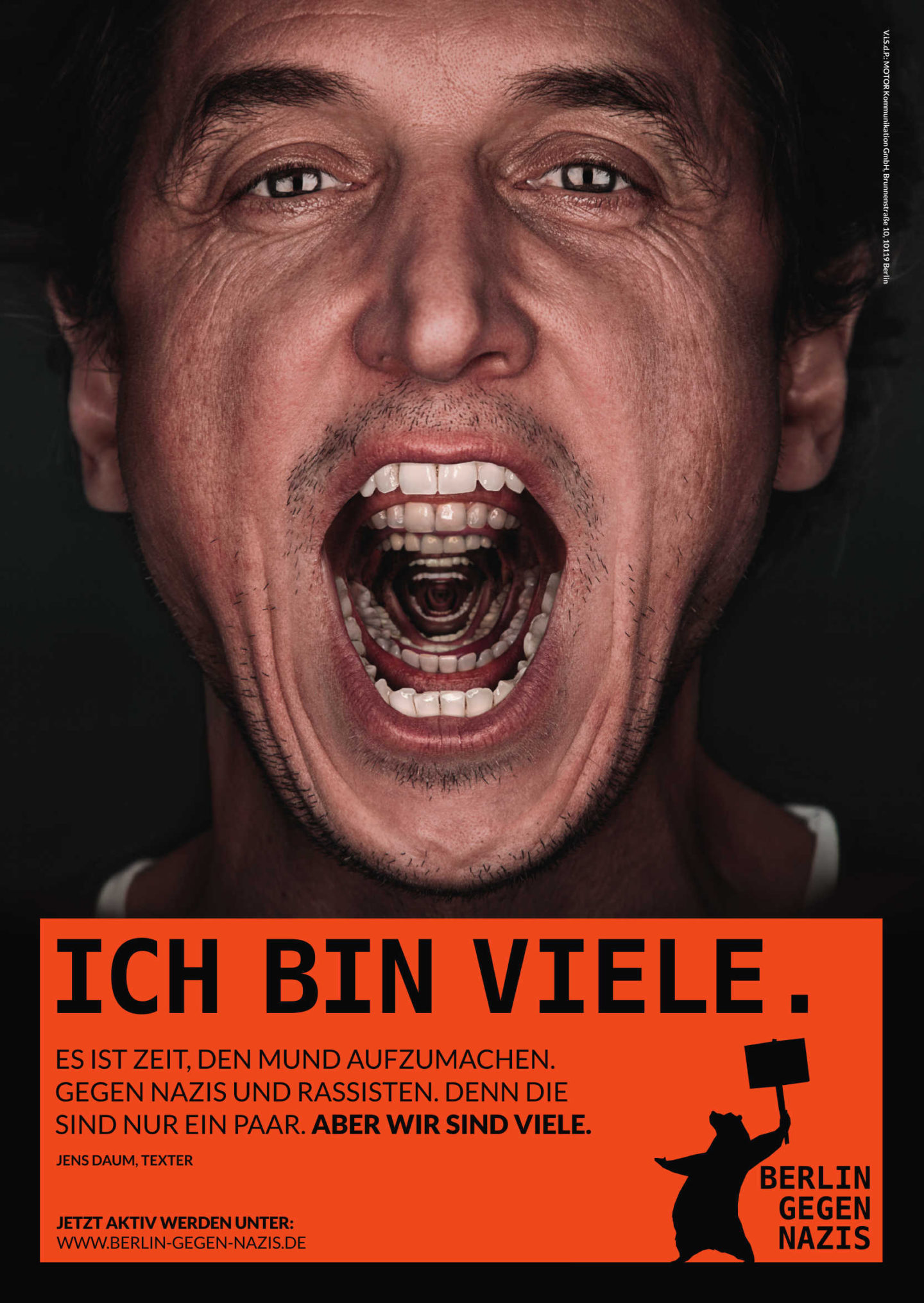 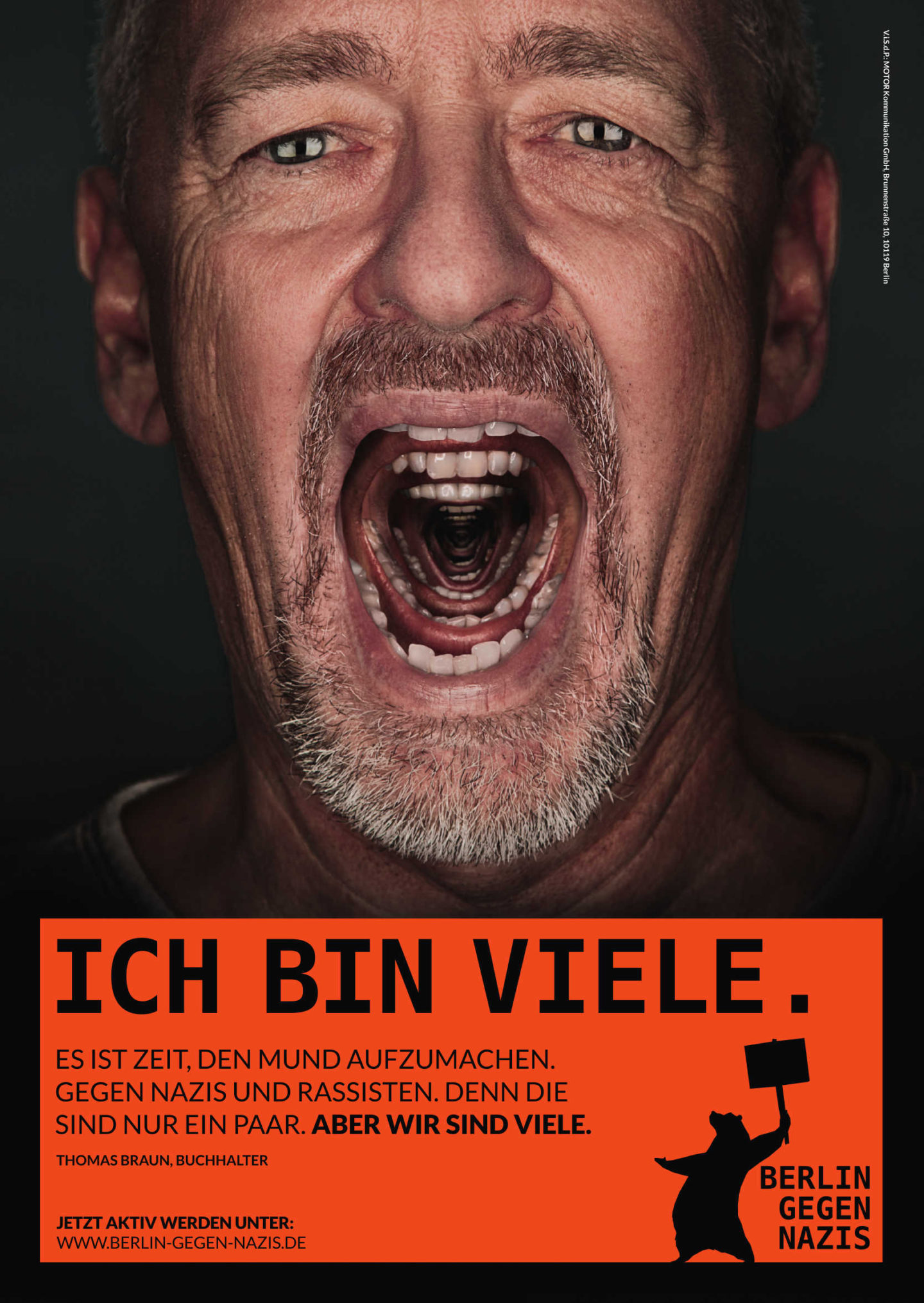 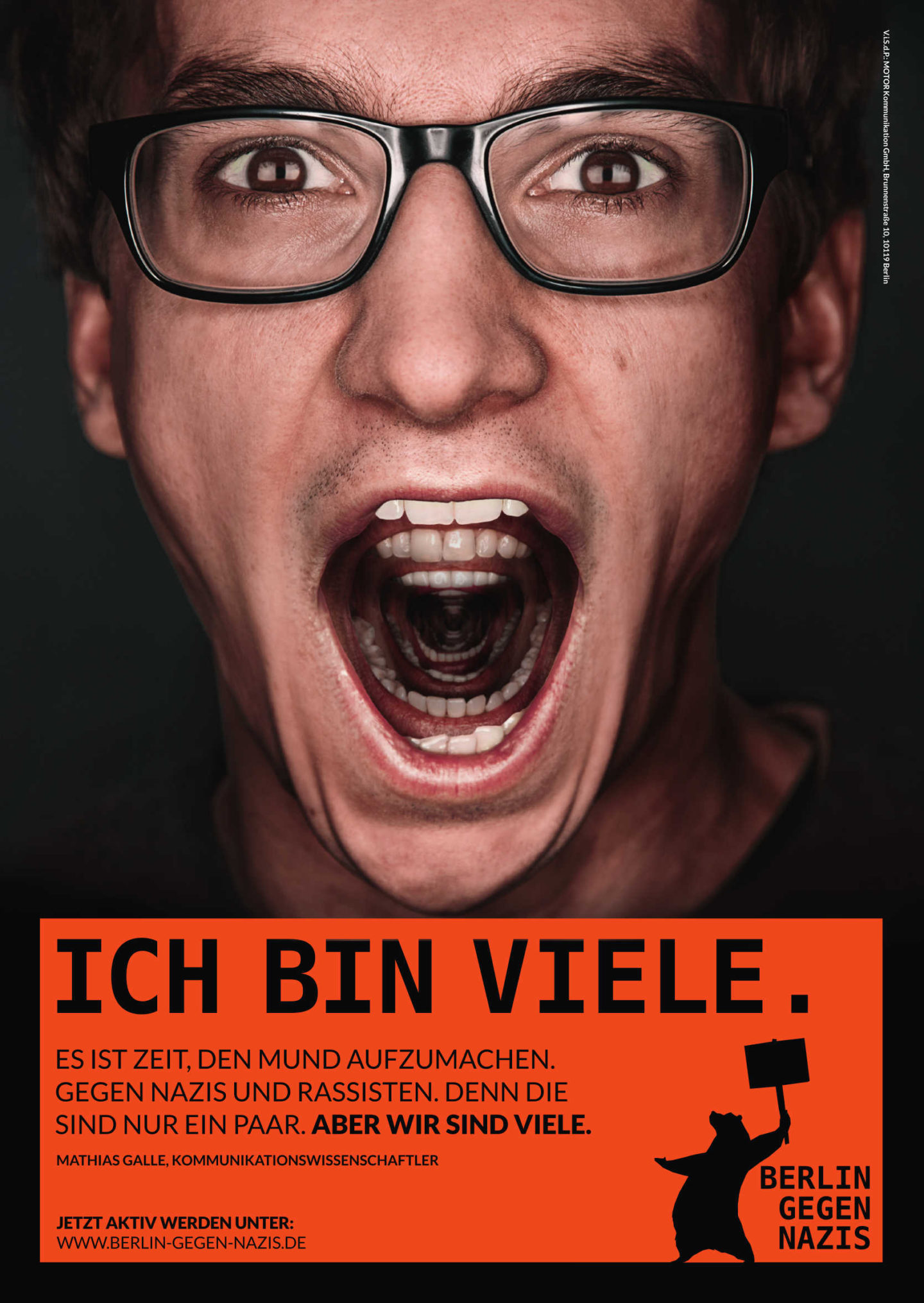